In one of the most important offshore trust decisions in recent years, the team from Babbé LLP, led by Managing Partner, Nick Robison, successfully represented Guernsey fiduciaries, Fort Trustees Limited and Balchan Management Limited (“Fort”) before the Judicial Committee of the Privy Council in the hearing of two appeals: one from the Royal Court of Guernsey, ITG Ltd and others v Fort Trustees Ltd and another; and the other from the Royal Court of Jersey, Equity Trust (Jersey) Ltd v Halabi (in his capacity as Executor of the Estate of the late Madam Intisar Nouri).

The Guernsey appeal (commonly known as “Investec v Glenalla”) related to a Jersey law trust of which well-known property investor, Robert Tchenguiz, is a discretionary beneficiary (the Tchenguiz Discretionary Trust or “TDT”). The original trustees of the TDT, Investec Trust (Guernsey) Limited and Bayeux Trustees Limited (“Investec”), had been found liable in 2012 for certain judgment debts due to various BVI companies. Fort later succeeded as trustees of the TDT, and whereas the TDT did not have sufficient assets to satisfy the judgment debts due to the BVI Companies (and other claims against it), Fort took assignment of the judgment debts.

Thereafter, at a hearing in summer 2021, the Privy Council heard argument on (and held, in October 2022) as follows:

Question 1:  Does a trustee’s right of indemnity confer on the trustee a proprietary interest in the trust assets? Answer: The Board held that the answer to this was yes, unanimously.

Question 2:  Does the proprietary interest of a trustee survive the transfer of the trust assets to a replacement trustee?  Answer: yes, unanimously.

Question 3:  Does the former trustee’s proprietary interest in the trust property take priority over the claims of subsequent trustees under their rights of indemnity? Answer: No. All claims rank pari passu (by a majority of 4:3)

Question 4:  Does a trustee’s indemnity extend to the costs of proving its claim against the trust if the trust is ‘insolvent’? Answer: yes, unanimously.

The watershed aspect of the matter was the split decision of the Privy Council on question 3: whether a former trustee’s proprietary interest in trust assets ranks pari passu with the equivalent interests of successor trustees or, alternatively, whether a former trustee’s proprietary interest should take priority over successor trustees’ interests, with the former trustee’s right of indemnity therefore ranking ‘first in time’. The Babbé team, on behalf of Fort, had persistently submitted to the many courts that had considered the issue previously, that such interests should rank pari passu, and not on a first in time basis.

The general legal principle of pari passu means that all creditors, of a particular class, in insolvency processes, must share any available assets of the insolvent entity, or any proceeds from the sale of any of those assets, in proportion to the debts due to each creditor. The Privy Council’s finding that trustees’ claims rank pari passu altered the previous, presumed position that trustees’ claims rank according to the ‘first in time’ rule applicable to other equitable proprietary interests, overturning the Guernsey and Jersey Courts of Appeal.

The Privy Council’s decision will prove to be of huge importance to settlors, beneficiaries and trustees across the offshore world, and particularly those interested in Jersey and Guernsey law trusts. Whereas, since the original finding of liability against Investec in 2012, there had been uncertainty about the vulnerability of trustees and creditors of Jersey and Guernsey law trusts, the latest decision of the Privy Council will give tremendous comfort to those with an interest in those trusts. Having been involved in the litigation for many years and having successfully overturned the decisions of the Guernsey and Jersey courts of appeal on the ‘priorities issue’, the team at Babbé is uniquely placed to assist settlors, beneficiaries, trustees and creditors of Guernsey and Jersey law trusts with these and related issues. 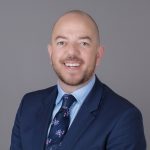 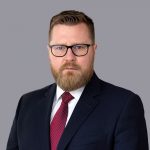