Two lawyers at Guernsey law firm Babbé, have contributed to a highly-regarded United States academic journal frequently cited in the US courts.

The article is entitled: ‘A comparative discussion of who pays for document discovery in Australia, Canada, Guernsey and Singapore and its effect on access to justice’. Its contents were first presented at a symposium organised by the journal to discuss the future of discovery in the United States. This was part of an on-going debate about proposals by the US Chamber Institute for Legal Reform and Lawyers for Civil Justice to adopt a ‘requestor-pays’ discovery rule where each party pays for the discovery it seeks, including the costs of discovery belonging to other parties to the litigation.

Advocate Laws said: “It was apt opportunity to provide Guernsey with a voice in the international discussion around this rule and possibly influence the way decisions about document discovery are made in the future.”

Articles that have appeared in the Vanderbilt Law Review have been cited by the US Supreme Court, all 13 federal circuit courts of appeal and in hundreds of other law reviews and journals.

The article has been posted on the Vanderbilt Law Review website and will be published in the November edition of the review. 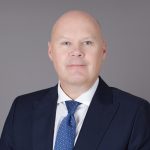