The property team at Babbé LLP advised the De La Salle Brothers, a Roman Catholic institution, on their recent sale of the Vauxbelets estate to the trustees of the Blanchelande College Trust, bringing to an end almost 120 years of ownership of the estate by the Brothers.

The Brothers, who were founded in France in the 17th century, are involved in education in some 80 countries. They acquired the Vauxbelets estate in 1904, at a time when religious schools were banned in France, and for many years operated Les Vauxbelets School from the site, as well as building the Little Chapel. Since the 1990s the estate has been let to the Blanchelande College Trust, who were looking for a site from which to operate Blanchelande College, and have now acquired ownership of it. In 2017 the site of the Little Chapel, and some surrounding land, was given by the Brothers to the Little Chapel Foundation, an independent charity.

Simon Howitt, Consultant at Babbé LLP said: “It was a delight to act for the De La Salle Brothers, for whom we have acted for many years, in this sale, although I’m a little sad to see them severing their ties with the island after so many years.

“This turned out to be quite a complex transaction, particularly given the desire of the Brothers to be assured that the estate would be used as a Catholic school for the foreseeable future. I know that they are confident that that will be the case.” 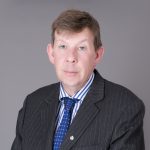